Taiwan has lessons to teach the world about battling COVID-19 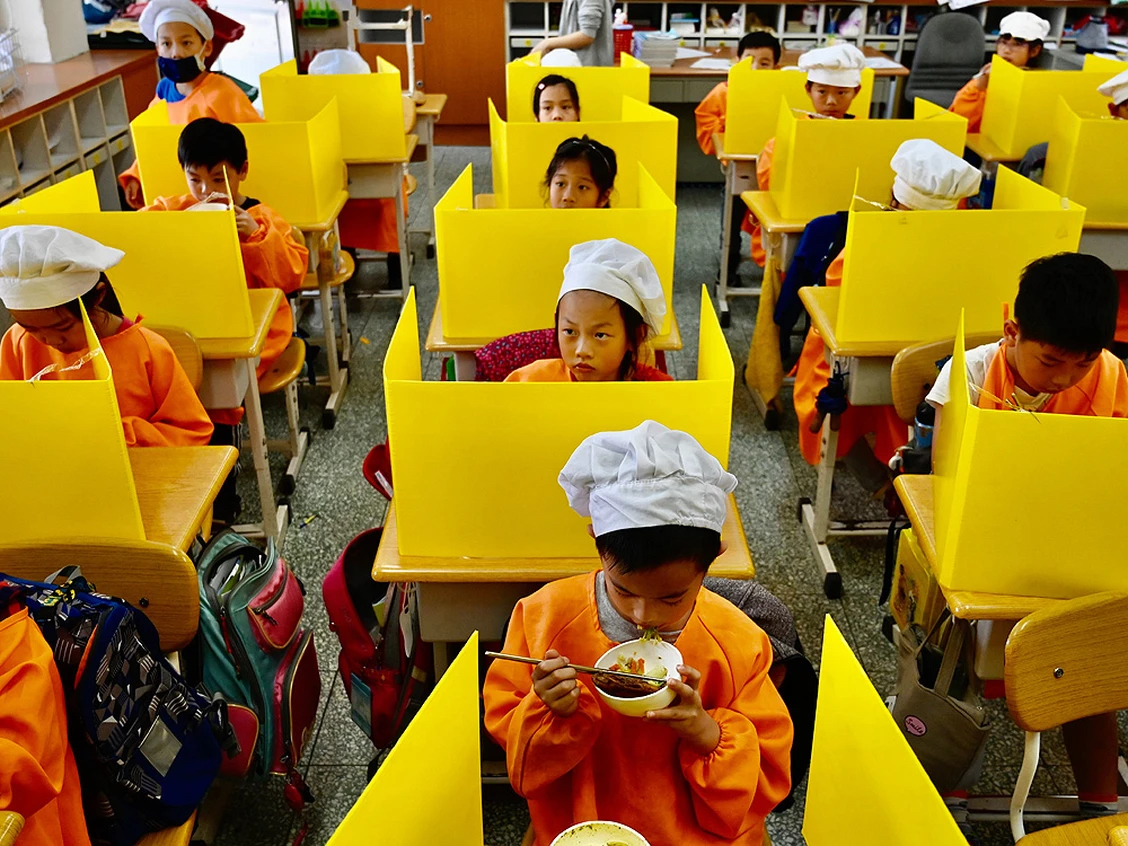 Students eat their lunch on desks with plastic partitions as a preventive measure to curb the spread of COVID-19 at Dajia Elementary School in Taipei on April 29, 2020. (Photo by Sam Yeh / AFP)

In 2002, a coronavirus originating in China began spreading. Though ultimately far less lethal than COVID-19, the SARS epidemic lasted in the national memories of those countries which experienced it.

Of particular note, Taiwan and Canada had similar experiences with SARS. Both countries learned important lessons about how to respond quickly and efficiently to tackle future epidemics.

When COVID-19 began spreading in Wuhan in 2019, Taiwan recognized it for what it was and began screening inbound passengers from Hubei province in China. Furthermore, Taiwan quickly activated its Central Epidemic Command Center, providing a clear structure for coordinating all efforts to bring the virus under control.

The results of this strategy are clear: only 12 deaths related to COVID-19 since the start of the pandemic, and just 1121 confirmed cases. Not only was Taiwan successful, but it was arguably the most successful of all countries.

As the lessons from SARS remained fresh, Taiwan knew time was of the essence and was the first to warn the World Health Organization about the SARS-like virus. Yet because of Taiwan’s effective exclusion from the WHO due to pressure from China, these warnings went unheeded.

Meetings like the World Health Assembly, information exchanges, and other WHO functions carry on without Taiwan’s meaningful participation, thereby creating a dangerous gap. Had Taiwan been included from the outset, it is quite possible that the global response to this pandemic would have looked much different.

The world should instead be united in its efforts to finally beat COVID-19 and ultimately prevent future pandemics from taking such disastrous hold. Taiwan’s exclusion is unconscionable.

We must therefore work to secure Taiwan’s meaningful participation as an observer at WHO functions, including the upcoming WHA meetings. We clearly cannot afford to continue leaving Taiwan on the sidelines; we must be clear and resolute in our determination to return them to the observer status that they held before 2016.

We know this can be done, as it was done in the past. Indeed, one of the authors of this article served as Canada’s Health Minister and the tip of the spear for Ottawa’s efforts toward Taiwan’s eventual inclusion. As Taiwan was able to participate as an observer at the WHO from 2009 to 2016, we know it can be done again. Canada has an influential voice on these matters and can help tip the balance.

This is by no means partisan. There is multi-party support for Taiwan’s meaningful participation, including from Prime Minister Justin Trudeau, who just recently in the House of Commons reiterated that his government has “always been consistent in supporting Taiwan’s meaningful participation in international forums” and that “Taiwan’s role as an observer in the WHA’s meetings is in the interests of global health.”

We must now translate goodwill into concerted action. Canada should lead the international effort to close this glaring gap in the global health system.

As like-minded, progressive democracies, Canada and Taiwan have mutually complementary comparative advantages in trade. Canada shouldn’t limit its engagement merely to securing WHA observer status, but should also look toward signing a Foreign Investment Protection Agreement with Taiwan and support the Taiwanese bid for CPTPP accession.

Ultimately, countries like Taiwan and Canada do best when working cooperatively, maximizing on our comparative strengths and covering our comparative weaknesses. This is as true when it comes to battling COVID-19 as it is when managing the myriad of other challenges facing the international community. It is a long past time for our two countries to work in tandem, and this starts with securing Taiwan’s access to the upcoming WHA meetings.

Originally published in the Toronto Sun.