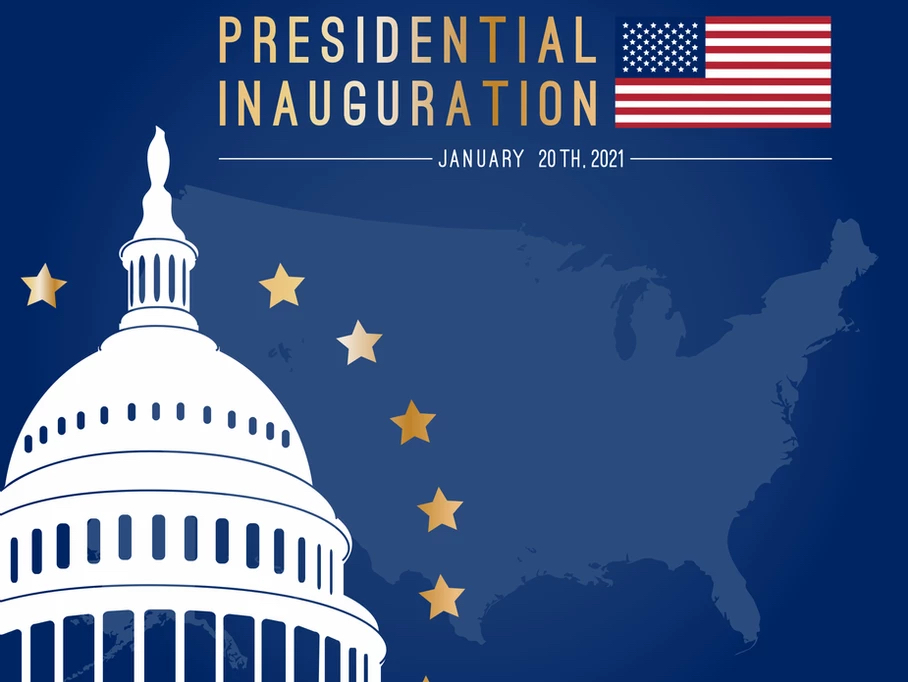 This afternoon in Washington, D.C., Joseph R. Biden was sworn in as the 46th president of the United States. Given the mob attack on the U.S. Capitol building just two weeks ago, this was not a normal inauguration, but the ceremony was both polished and solemn. While former Vice-President Mike Pence was in attendance, former President Donald Trump was the first president since 1869 to skip his successor’s inauguration.

Trump’s last actions included the pardoning of 143 people including his former chief strategist Stephen Bannon, several former members of Congress and dozens who were convicted on non-violent drug offences. He also lifted the five-year lobbying ban for administration officials, an Executive Order he promulgated shortly after he became president in 2017.

Biden’s first actions as president included a list of Executive Orders (see below) that will reverse several actions taken by Trump on a variety of regulatory and policy matters, including the cancelling of the Keystone XL pipeline. It is expected that the now Democratic-controlled Congress will utilize the Congressional Review Act to undo many last-minute regulations issued by Trump Administration agencies.

The cancelling of the Keystone XL pipeline will certainly pose problems for the Trudeau government in Ottawa. While this action has been widely expected, many in Canada will wonder whether Biden’s action on Keystone augurs other adverse actions against Canadian energy interests. In particular, Michigan Governor Gretchen Whitmer, a Biden ally, has sought to shut down the Enbridge Line 5 oil and liquids pipeline which would dramatically impact energy supplies for the Upper Midwest states and in Ontario and Quebec. Prime Minister Trudeau emphasized that he would push for Canada's case for Keystone and will make sure Canada's position is heard. This presents a real challenge for Trudeau as he navigates energy policy with the U.S. administration. After the tumultuous Trump presidency, U.S./Canada relations will likely be more harmonious on the surface, but some fundamental disagreements will present challenges in the future.

However, there will be many opportunities for both Canada and the U.S. to work together such as focusing on supply chains and manufacturing in North America in order to lessen the dependence on China. Such a strategy for both countries would be politically popular. Key areas of focus to strengthen the North American supply chain would include various manufactured goods, particularly pharmaceuticals, personal protective equipment, and critical minerals. The Biden Administration can be expected to build on policy initiatives in these areas inherited from former President Trump.

See below the full list of Biden’s Day One executive orders, as described by his transition team: