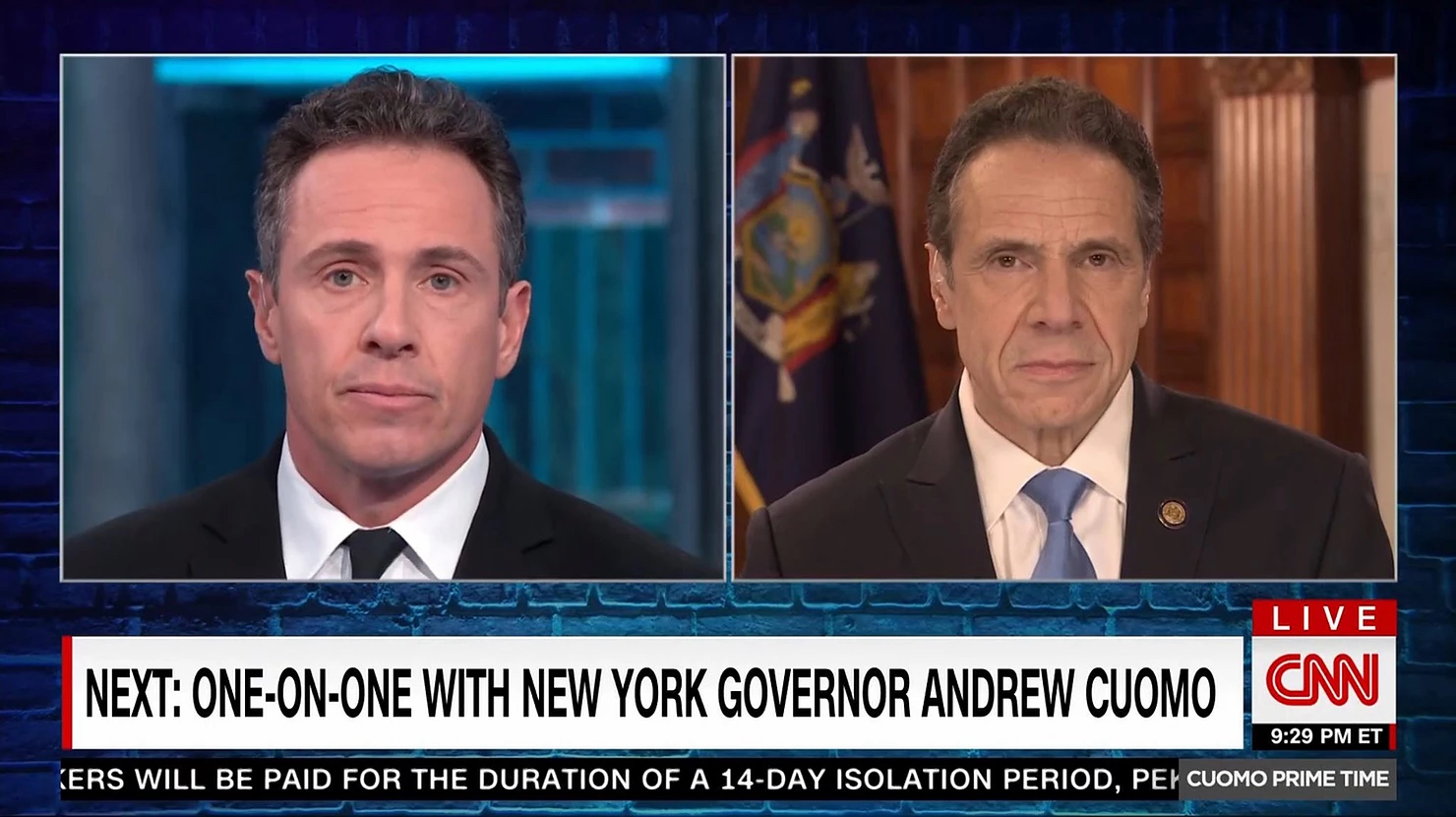 The coronavirus has upended the conventional wisdom in the current U.S. political climate.

Slightly more than two months ago, the stock market was at record highs, unemployment rates at 50-year lows and despite his polarizing personality, most Americans thought President Donald Trump would be re-elected.

Then, the pandemic hit. The New York City metropolitan region became the epicenter of the virus in the U.S. As of April 27th, over 17,000 New Yorkers have died and the situation thrust its third-term governor, Andrew Cuomo, into the national spotlight. Governor Cuomo’s daily briefings on the spread of the virus captured national attention. His calm, frank and heartfelt message resonated across the state and the nation. In February, the Siena College poll indicated that he was underwater in his approval ratings among New Yorkers. By mid-April in that same survey, the Governor enjoyed the bi-partisan approval of over 80% of New York voters.

As someone who served as Republican Leader of the state Assembly and later in Congress, I have closely observed Governor Cuomo for many years. While we have strong policy disagreements, I appreciate the Governor’s leadership in this unique crisis.

That leadership has naturally caused many Democrats across the nation to view Mr. Cuomo in a new light. Many have suggested that Mr. Cuomo possesses the necessary leadership skills that may benefit Democrats in the effort to replace President Trump.

On March 15th, the presumptive Democratic Party nominee for president, former Vice President Joe Biden, unequivocally announced he would nominate a female candidate as his running mate. That announcement preceded Governor Cuomo’s handling of the Coronavirus crisis in New York. Democrats may be wishing that Mr. Biden had not limited his options in a potential running mate.

None of the prospective Democratic VP hopefuls have the national leadership stature of Cuomo. None have the public exposure that Mr. Cuomo has gained during the coronavirus crisis. Senators Harris, Klobuchar and Warren have the disadvantage of sitting in a body which is best known for rhetoric rather than leadership. Governor Gretchen Whitmer of Michigan, althoughfrom an important swing state, is relatively unknown nationally due to her short 16-month tenure. In contrast, Mr. Cuomo, in his 10th year as governor of New York, has effectively demonstrated crisis management skills which could persuade many undecided voters that he is ready to become president.

If elected, Mr. Biden would become, at 78, the oldest president when inaugurated. He is widely expected to be a one-term president, making his Vice-Presidential Nominee more significant.

The difficulty for the former Vice President is his commitment last month, in absolute terms, that he would pick a female Vice-Presidential Nominee. Reneging on that commitment could alienatesome voters and the identity politics group which dominates the progressive left in the Democratic Party. But the larger, more animating issue for Democrats is finding a candidate who is best suited to win the general election. Having an experienced, nationally vetted Vice-Presidential Candidate as a running mate seems a better alternative for Mr. Biden. Mr. Andrew Cuomo – despite his many flaws known to those who have followed his career – could very well be the right man for the moment if Vice President Joe Biden can find a graceful way to change his mind.