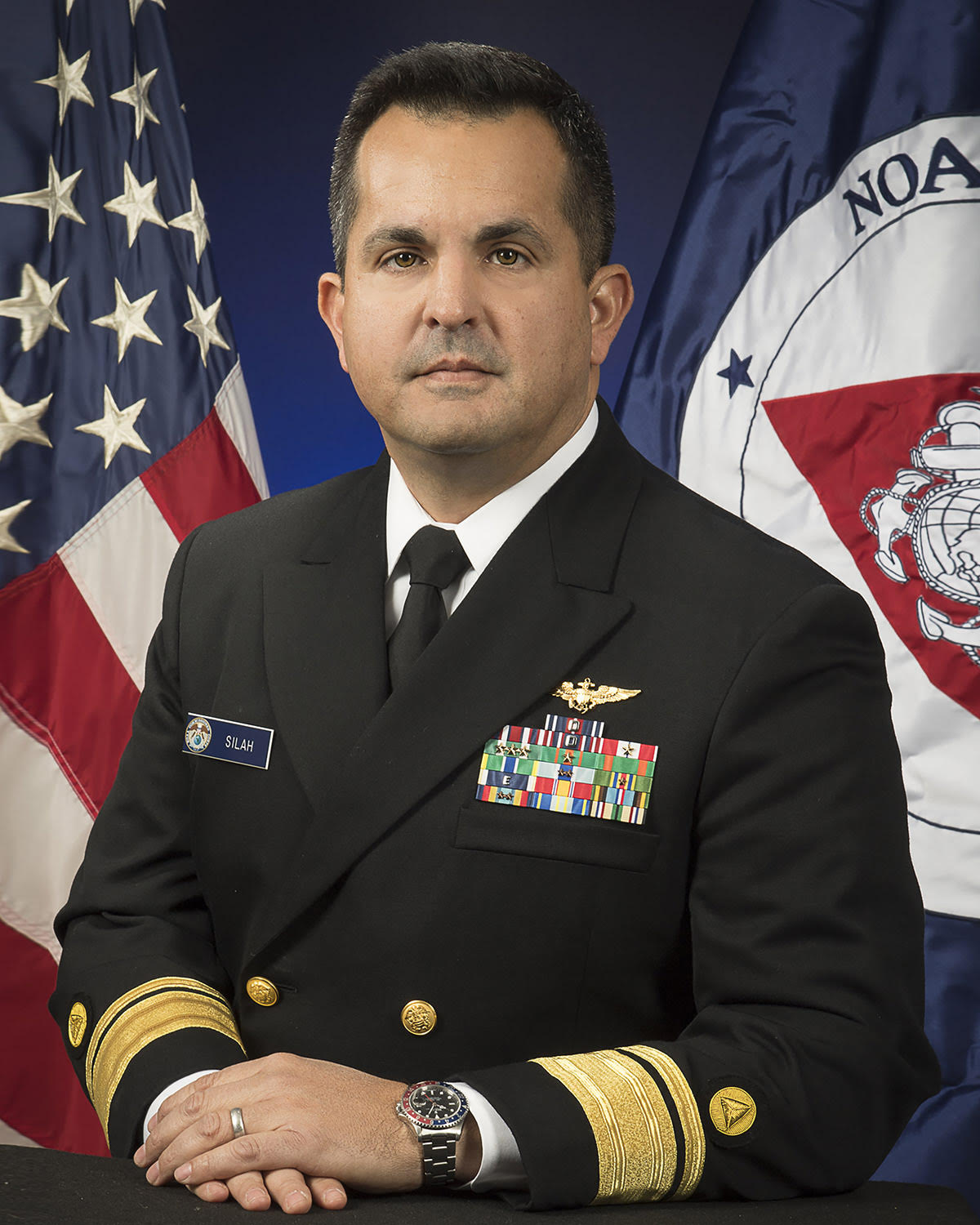 Washington, D.C. — Wellington Dupont Public Affairs is pleased to welcome RADM Michael J. Silah as a Senior Advisor based in our Washington, D.C. office. Previously, he served as a Rear Admiral (RADM) in the National Oceanic and Atmospheric Administration (NOAA) Commissioned Corps and the Service’s 11th Director. As Director, RADM Silah led NOAA’s research fleet, aircraft, and diving program while managing a budget of ~$450 million. He also established NOAA’s uncrewed systems program and coordinated the passage of the NOAA Corps Reauthorization Act, which approved an expansion of the NOAA Commissioned Corps for the first time in generations. RADM Silah will retire on April 1, 2021, after 28 years of service in the United States Navy and NOAA.

As a Naval Aviator (pilot), RADM Silah completed three deployments to Southeast Asia and the Persian Gulf as part of Patrol Squadron Nine before joining Naval Force Aircraft Test Squadron. He was commissioned into the NOAA Corps in 2002, where he served as pilot-in-command and Safety Officer for the Aircraft Operations Center (AOC) and NOAA “Hurricane Hunters.” In 2005, he led NOAA’s missions into Hurricane Katrina. Later, RADM Silah returned to AOC as Commanding Officer. AOC improved execution by 14% and flew over 6,000 flight hours to collect critical environmental data.  He also managed the construction of a new 100,000 sq. ft. facility and relocation from MacDill AFB to Lakeland, Florida. Under his command, AOC was recognized with the Department of Commerce Gold Medal, the NOAA Unit Citation, and the Safety Management System Level 3 award, the highest possible distinction for safety in commercial, government, or military aviation.  He has flown over 3,000 flight hours, including over 1,500 as pilot-in-command, over 500 hours of Navy flight test, and nearly 150 hurricane penetrations.

RADM Silah has also held senior positions in NOAA Legislative Affairs and the National Weather Service, as well as serving as aide-de-camp to the NOAA Administrator. His awards include the Department of Commerce Gold Medal (2) and the Meritorious Service Medal (2). RADM Silah was also recognized with NOAA’s highest award for combating sexual assault/harassment and promoting women in NOAA’s workforce. He holds a degree in economics from Duke and an MPA from Harvard.